'Lumbering Jack' (the 142 years old Policeman) was drawn by Andrew Christine for 10 issues of The Topper comic in 1970. It was an eerily comic depiction of a 19th-century bobby awaken from a Gypsy's curse to deal with the social problems of yobbish youths in the early 1970s. 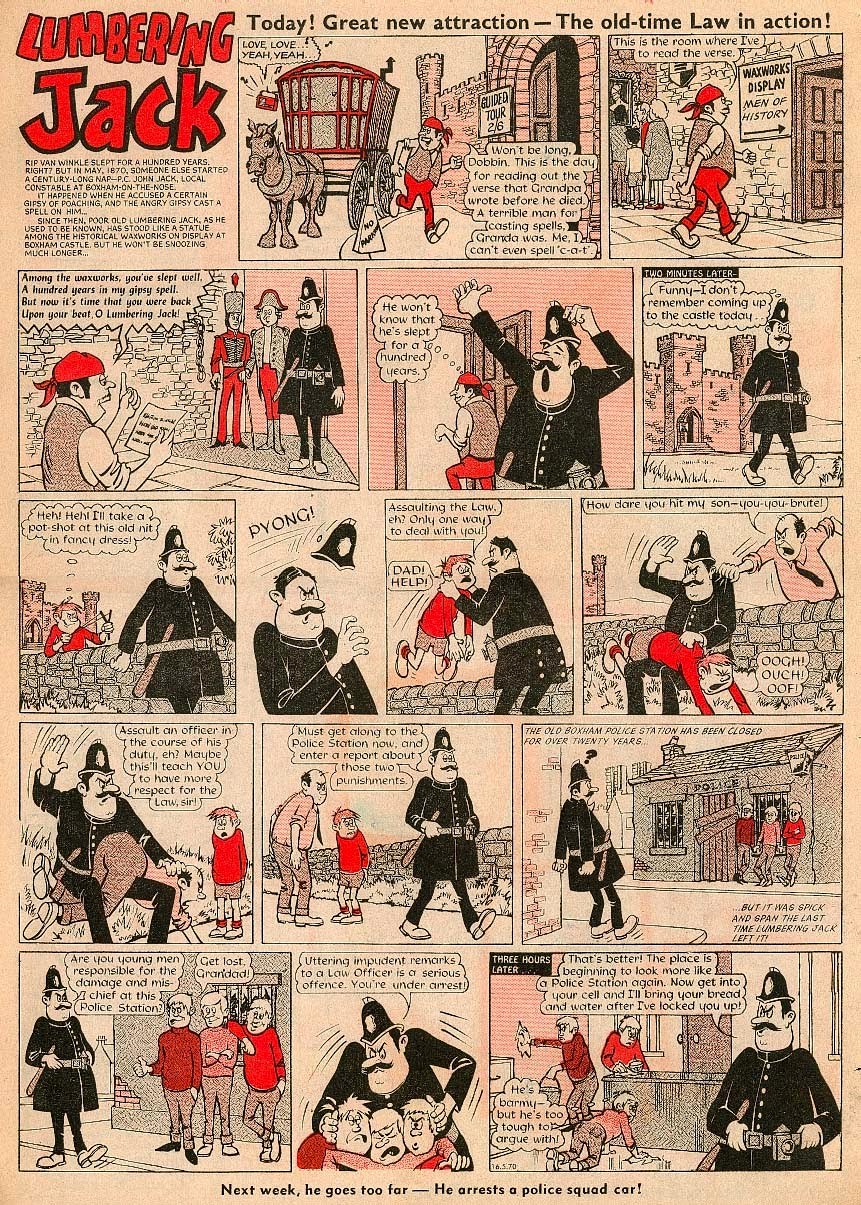