One person sure to have Beau quaking in his desert boots is Doris -- the girl he left for the Legion.

Although having been featured many times, Doris has never been actually been seen in the strip -- we only see her speech balloons. 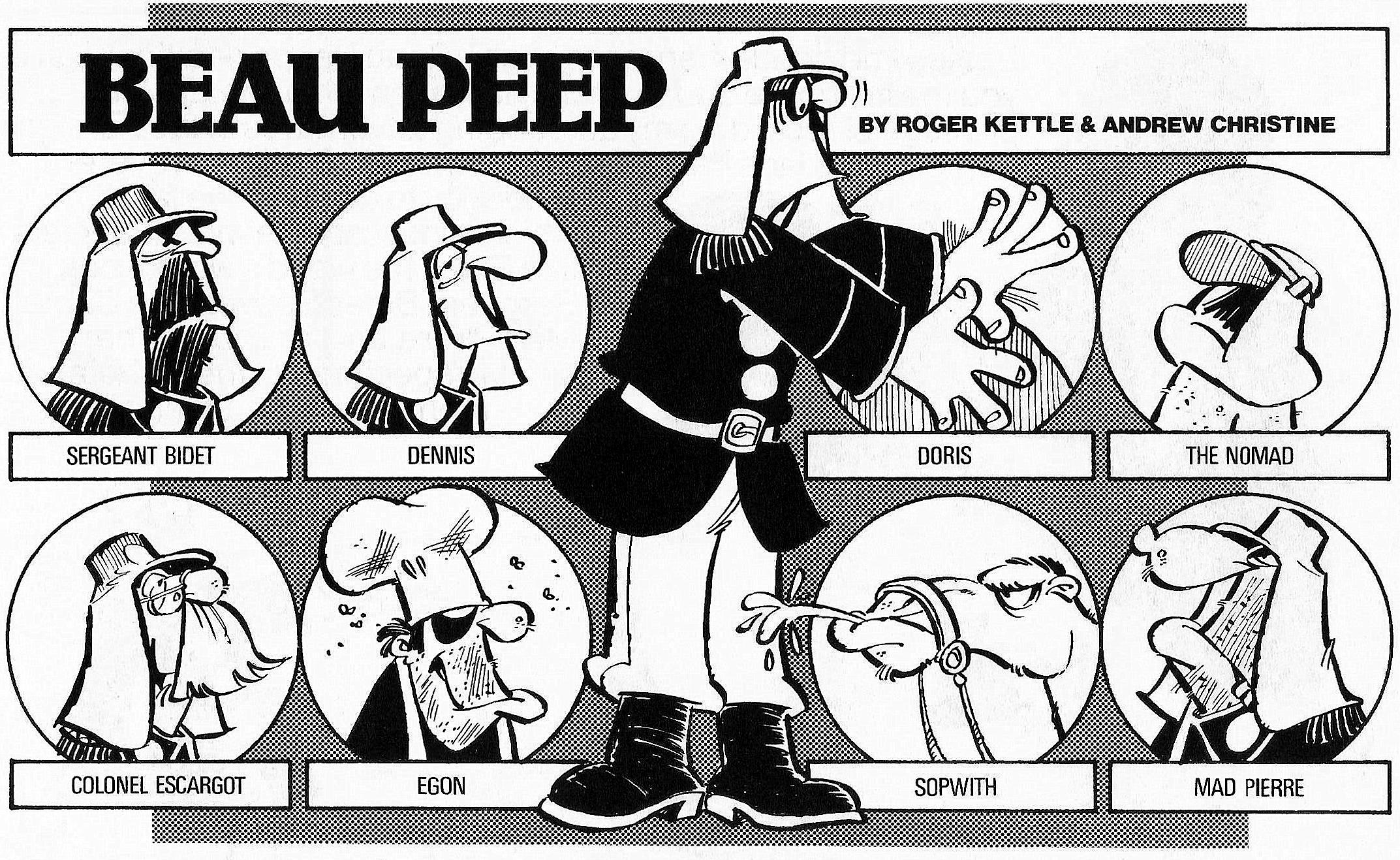 She is described as very ugly, having many chins, a large frame, an ape-like stance, short hairy legs, and generally terrifying. Her knuckles drag on the floor when she walks. Karloff would be an apt surname for her.

The young lady in the very first Beau Peep strip from November 1978 isn't quite as terrifying/hairy/gargantuan as Doris is described as, in the later strips. Roger Kettle explains:

"I really don't have any defence for this. That was simply the first idea that came into my head when I decided to try and write a Foreign Legion strip -- I hadn't a clue where the whole thing was leading. Later, when it started being published, it made more sense to have the woman Beau left behind portrayed as the cliched ugly, fat reason he joined up. I ignored the first strip completely."

She is still madly in love with Beau and has promised to remain true to him. Beau is trying to forget that threat.

The Nomad certainly has the hots for her: