Sopwith is one of the Fort’s camels. He’s seemingly intelligent and understands exactly what Beau is saying. He will often deliberately throw Beau off his back, spit at him, and stubbornly refuse to obey all commands -- all with a knowing smirk on his face. He’s rarely seen in the strip these days. 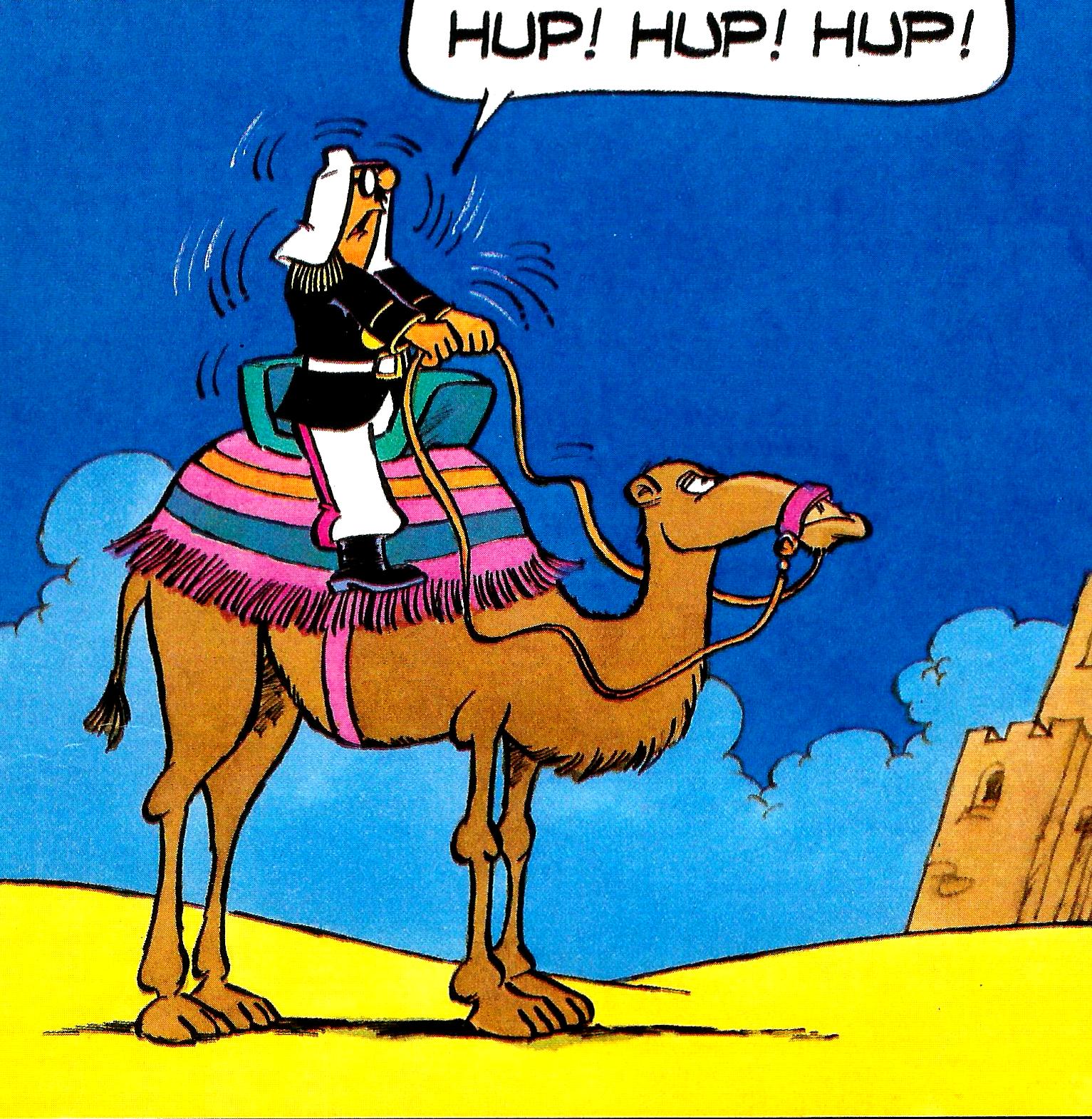 He's named after The Sopwith Camel, the famous British WW1 single-seat biplane fighter aircraft, introduced to the Western Front in 1917, and manufactured by the Sopwith Aviation Company (founded by Tommy Sopwith). Although 5,490 were built, there are only 8 original Sopwith Camels known to be left in existence.
Snoopy, Charlie Brown's pet beagle in the ‘Peanuts’ cartoon strip by Charles M. Schulz, ‘flies’ a Sopwith Camel (actually his kennel) against his imaginary enemy, the Red Baron.

“When I first introduced Sopwith, I decided he would do nothing other than spit. No thoughts. Nothing but spit.
It seemed like a nice response to Beau's rather wordy musings. The trouble with this, of course, is that it rather limited him as a character and it wasn't long before I eased him out of the strip.
There are only so many times when you can show someone trying to get a camel to move and getting spat on in return.
I could have -- and probably SHOULD have -- given Sopwith the power of thought but I didn't. I gave that power to the vultures -- characters which I felt had much more scope.” 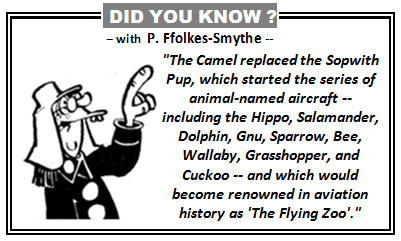