"Can you tell us all about Bunty and how she influenced Roger's Beau Peep?"

"My first doll was called Bunty and coincidentally, many years later, I was an avid reader of the comic of the same name. Colonel Escargot appeared in one strip clutching a doll called Bunty." 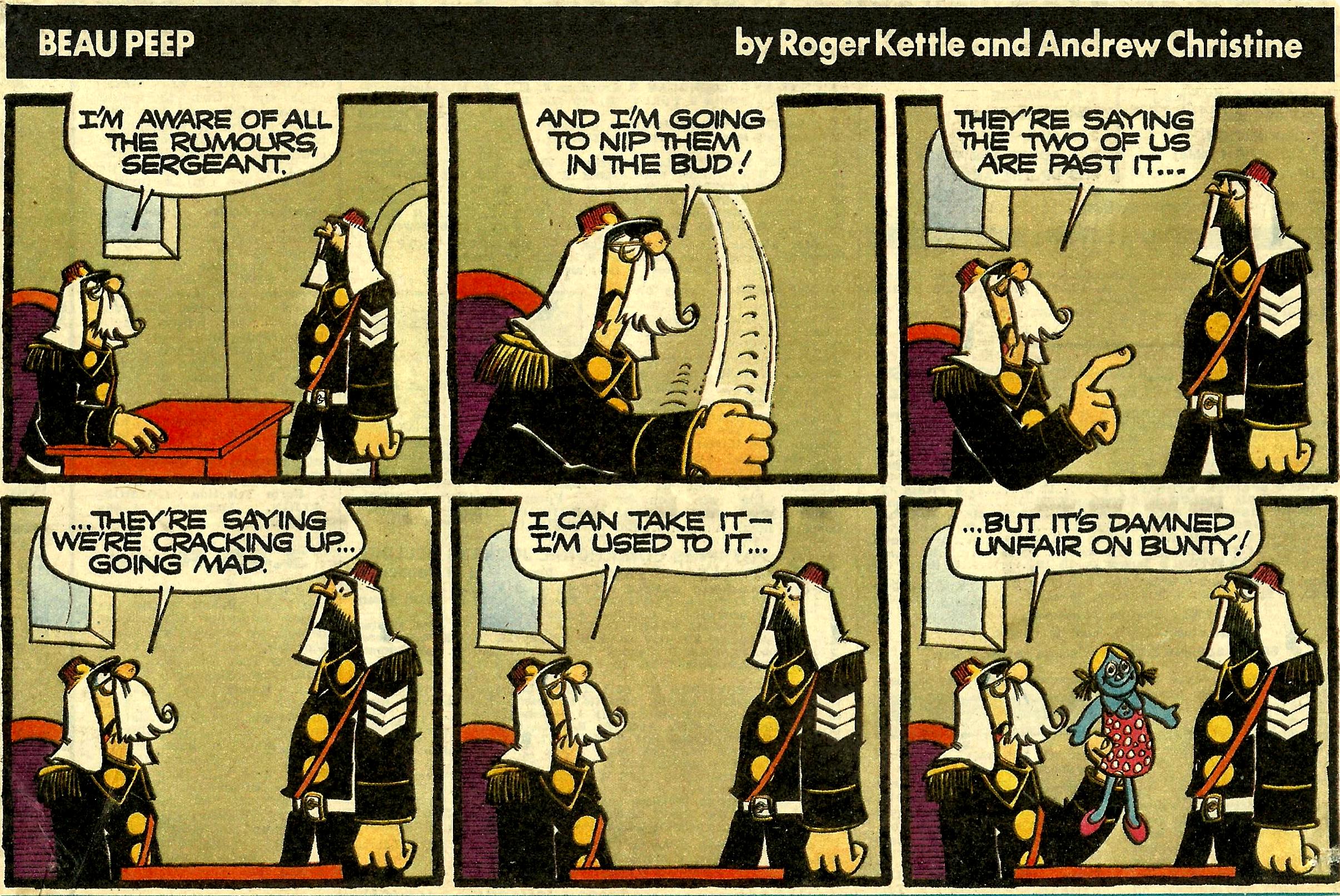