"It ran for two years until I pulled the plug on it.
To be honest, I never felt that the strip worked that well. Within the confines of a family newspaper (even the Daily Star!), the "nastiness" of the characters had to be toned down and my writing of it became pretty repetitive and safe. It just didn't turn out the way I'd planned so I decided to call it quits.
I seem to recall I gave the Devil a cat called "Ratbag" and that was the best bit of it -- which shows you what the rest was like!
Well, that was the trouble, basically. You couldn't have the Devil doing something REALLY evil, and the whole concept got watered down. I just didn't think it through, and it all became a series of pranks and lame insults." 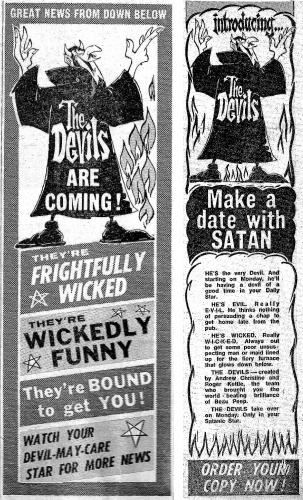 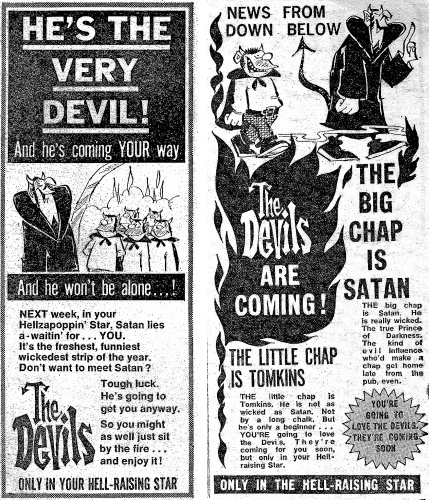 Some of the Daily Star promotional features heralding the launch of the strip in early February 1985.