For a year or so, Roger Kettle wrote 'Desert Island Dick', an already established strip which ran in The Topper between 1964 and 1975. It's title is a play on words of BBC Radio's 'Desert Island Discs'.. 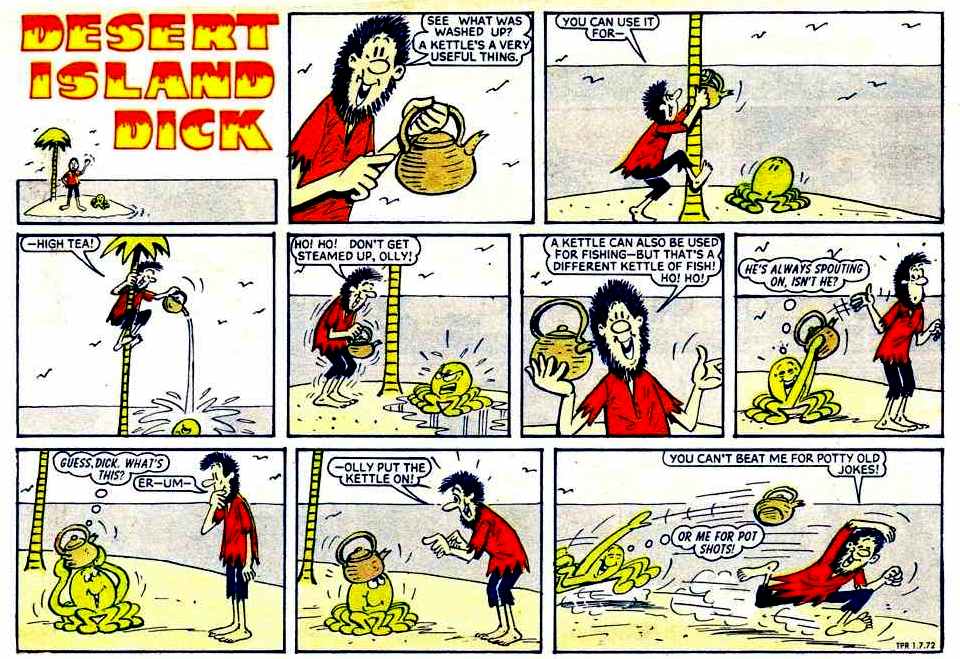 "...'Desert Island Dick' was a surreal set-up about a castaway on a tiny island with an octopus called Olly as a companion. The stories were always about he would NEARLY get rescued but would be foiled at the last moment. That first script I wrote concerned a chemistry set that had been washed up on the beach. (Bizarre stuff like this was ALWAYS getting washed up!)
Anyway, he concocted a potion, drank it, and turned himself invisible just as a ship was passing by. The crew, hearing the shouts for help but seeing nothing, assumed the island was haunted and sped away. Remember this was aimed at 8 year-olds! I kept that issue of "The Topper" for years as a reminder of my first ever published comic strip."

If anyone has a copy of the strip described here by Roger, please get in touch! - Ed. 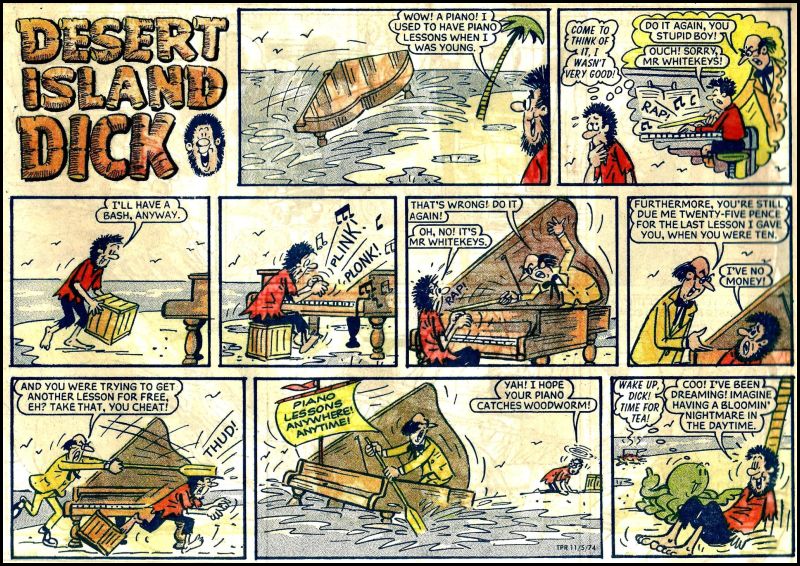 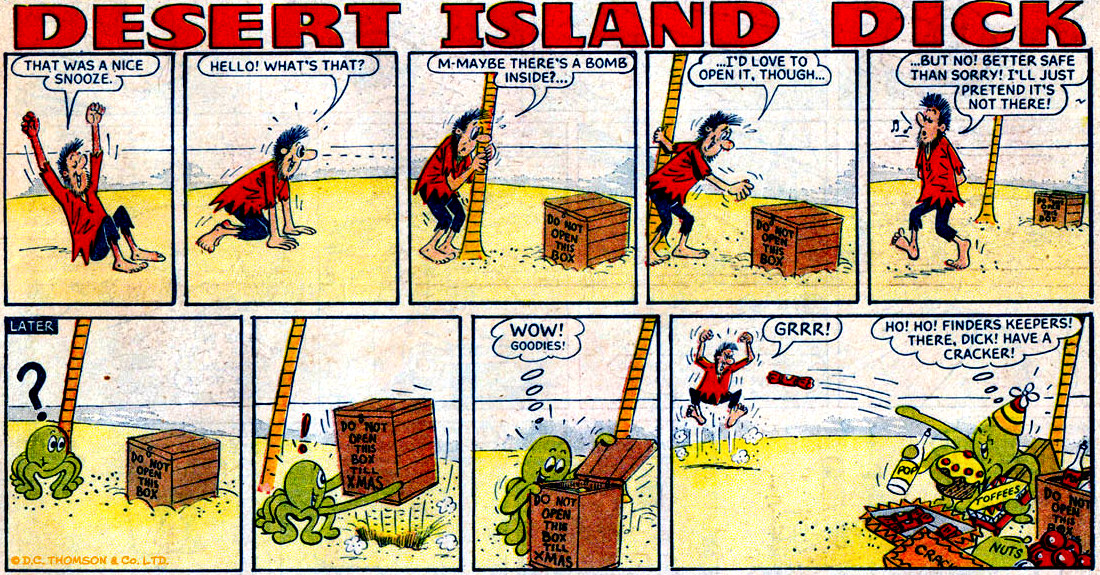 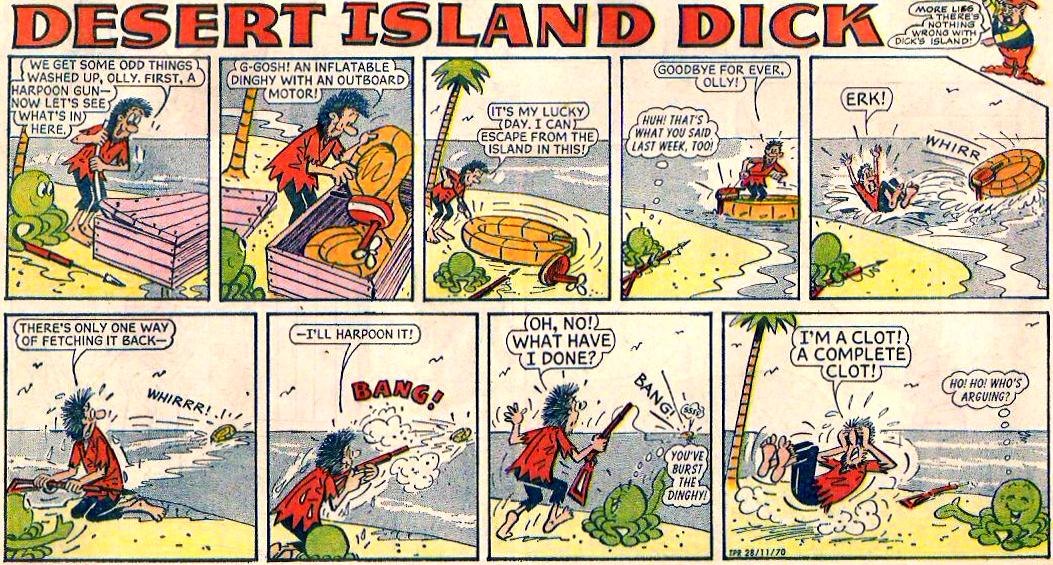