'Tom Thumbscrew' appeared in Monster Fun Comic and was drawn in 1975 by Andrew Christine for issues 2 to 11. It was set in the dark Middle Ages and offered readers a weekly helping of dungeon humour. The main character was young Tom Thumbscrew who worked as a torturer in the King’s caste; the title of the strip tells us he was the torturer’s apprentice but actually he was the master of the dungeon and answered directly to the King. 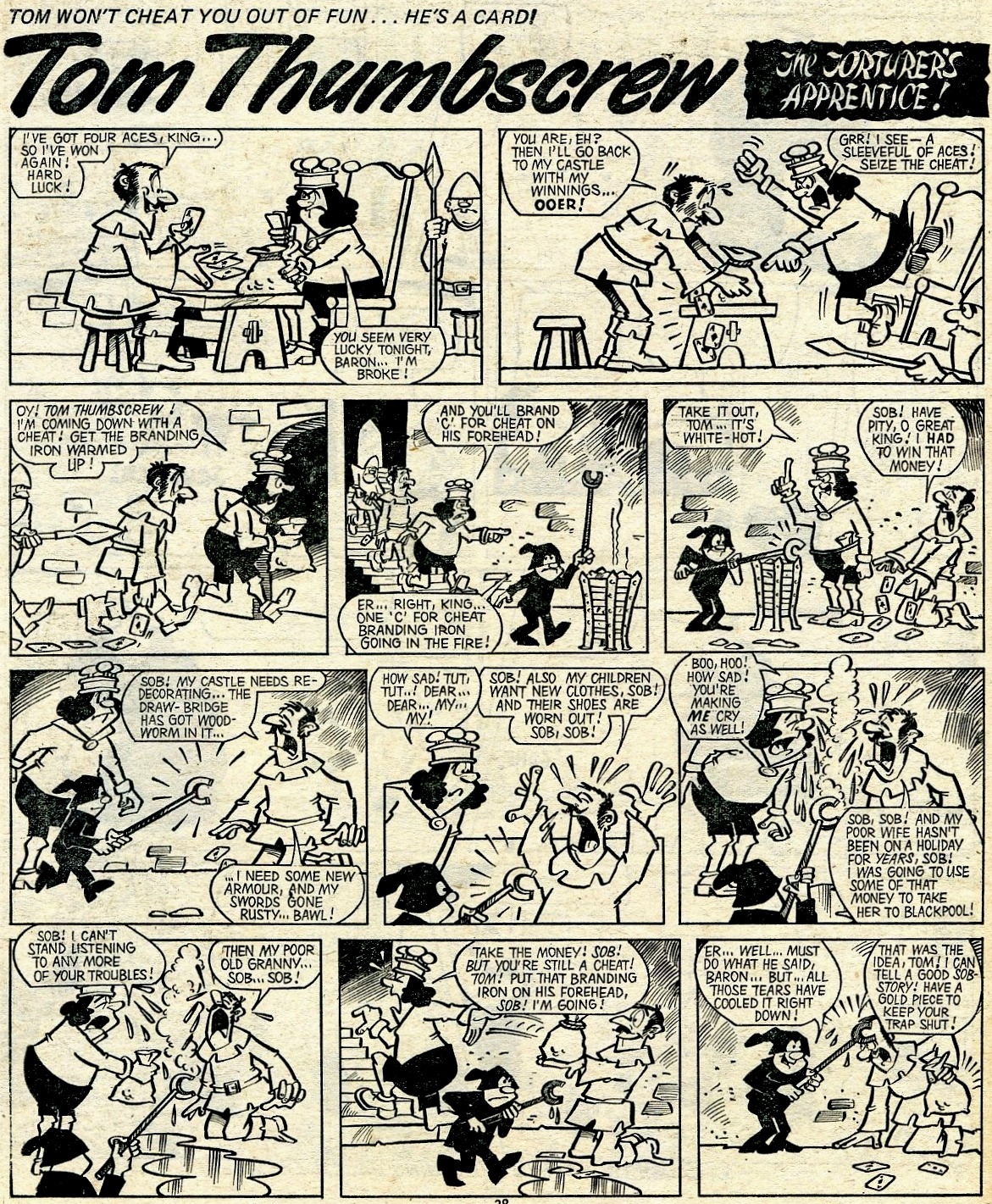 Monster Fun was a weekly British comic published by IPC Media. It ran for 73 issues between 1975 and 1976, when it merged with Buster comic.