'Grizzly Bearhug…Giant' was drawn by Andrew Christine for the 'Monster Fun' comic. The story -- a variation of the classic beanstalk tale -- began in the launch issue in June 1985 and ran for 19 weeks. 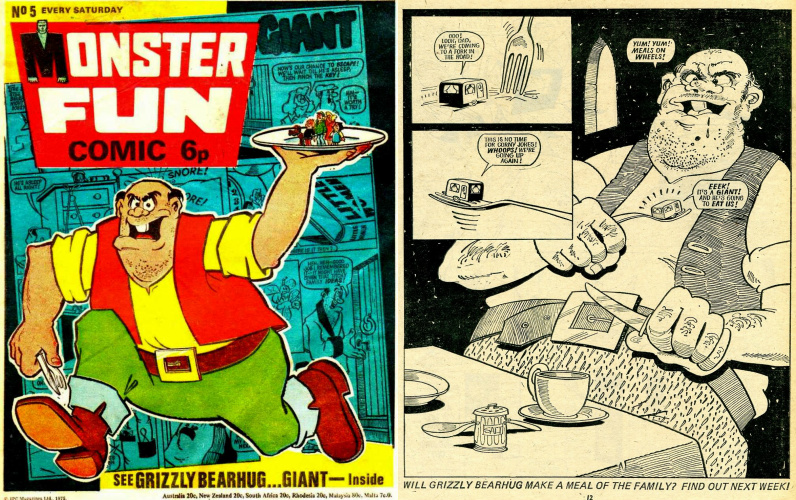 Monster Fun was a weekly British comic published by IPC Media. It ran for 75 issues between 1975 and 1976, when it merged with Buster comic.