This was a Kettle and Christine collaboration in the early 1980s for Nutty comic. The cartoon was Roger's idea -- he wrote the scripts, and Andrew drew them. It involved an Eskimo and a polar bear trying to outdo each other in their quest for fish. 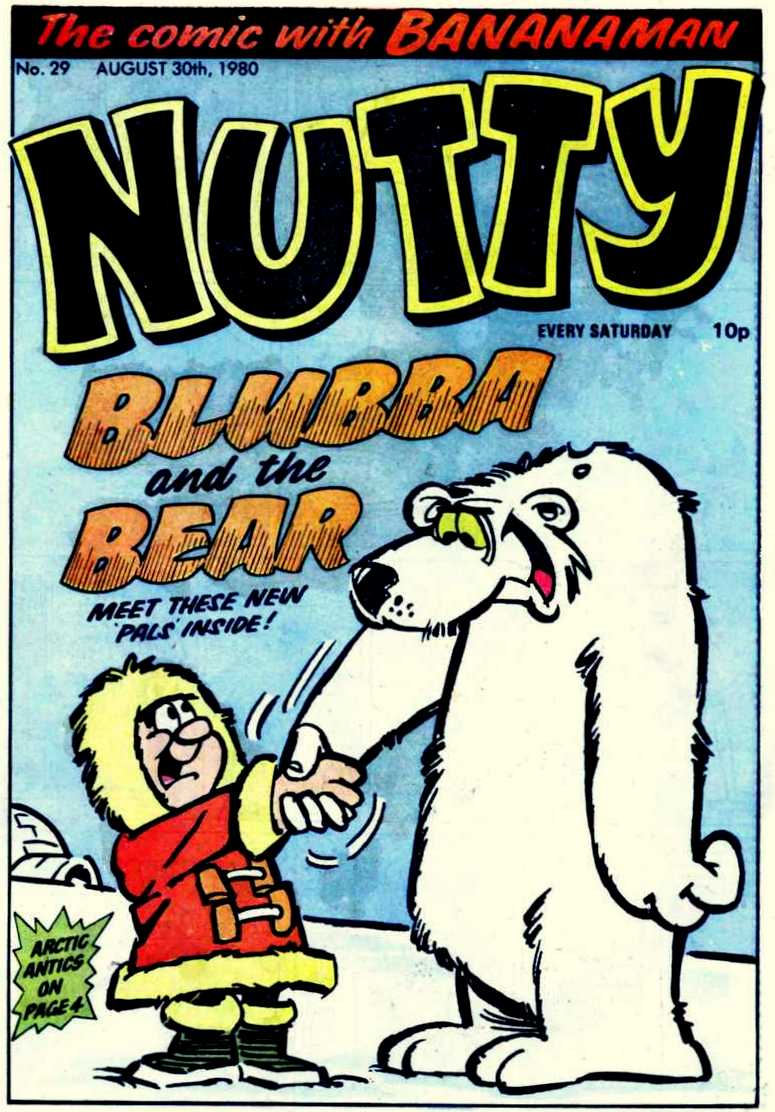 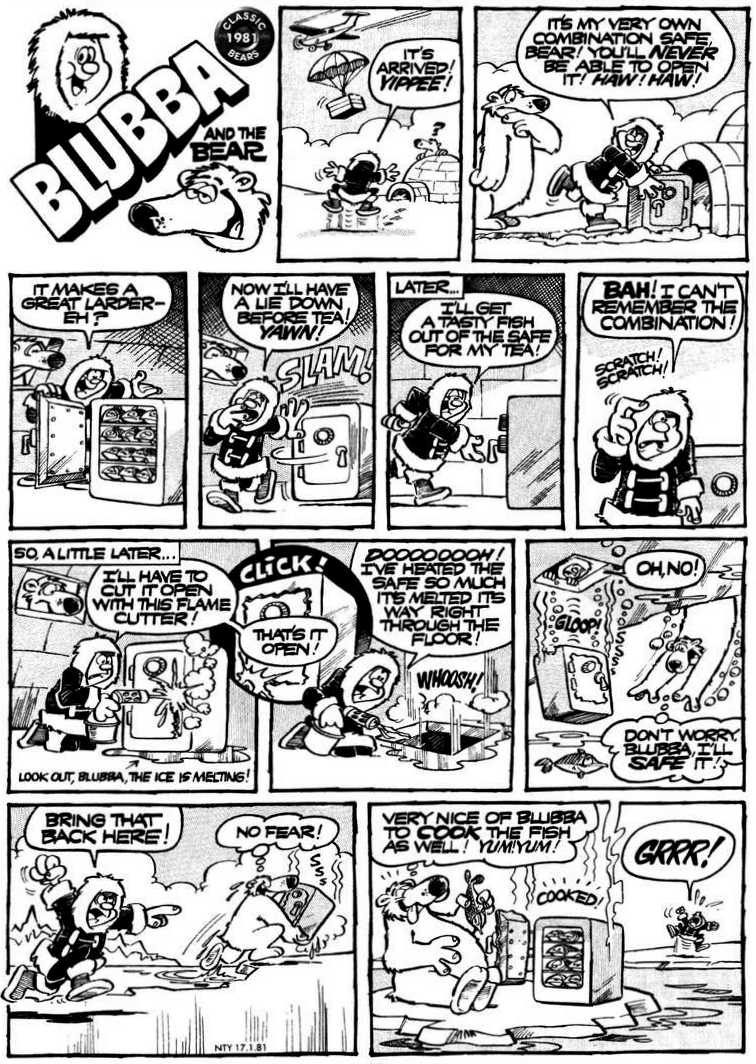