Andrew Christine was one of the artists for 'Ad Lad' in Whoopee! comic.

It was about a cheeky rascal who spent all his time skulking around television studios attempting to get his toothy face in on commercials. We were supposed to chuckle at the antics of this "lovable rogue", but he irritated most folks to death -- especially when you think of how much valuable set-up time and footage he was costing each production. 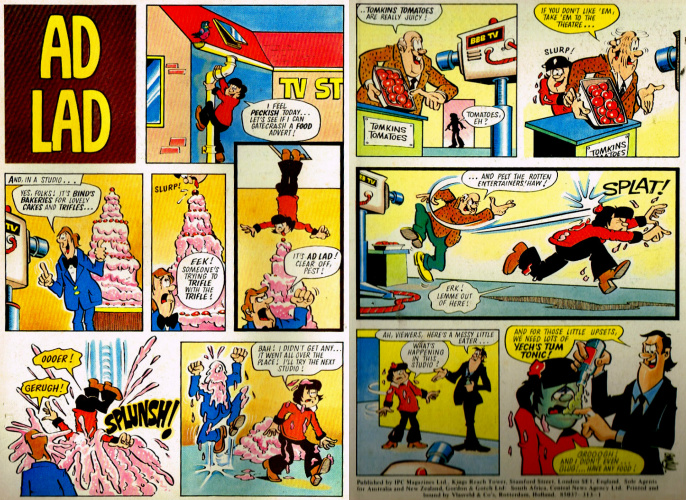 Two pages from a 1977 edition of Whoopee! comic

Whoopee! ran from 1974 to 1985, when it merged with Whizzer and Chips. It was published by IPC Magazines Ltd.