Roger Kettle was the creator, writer and artist of 'Klog - The Stone-Age Soccer Star', which appeared in a number of DC Thomson publications. 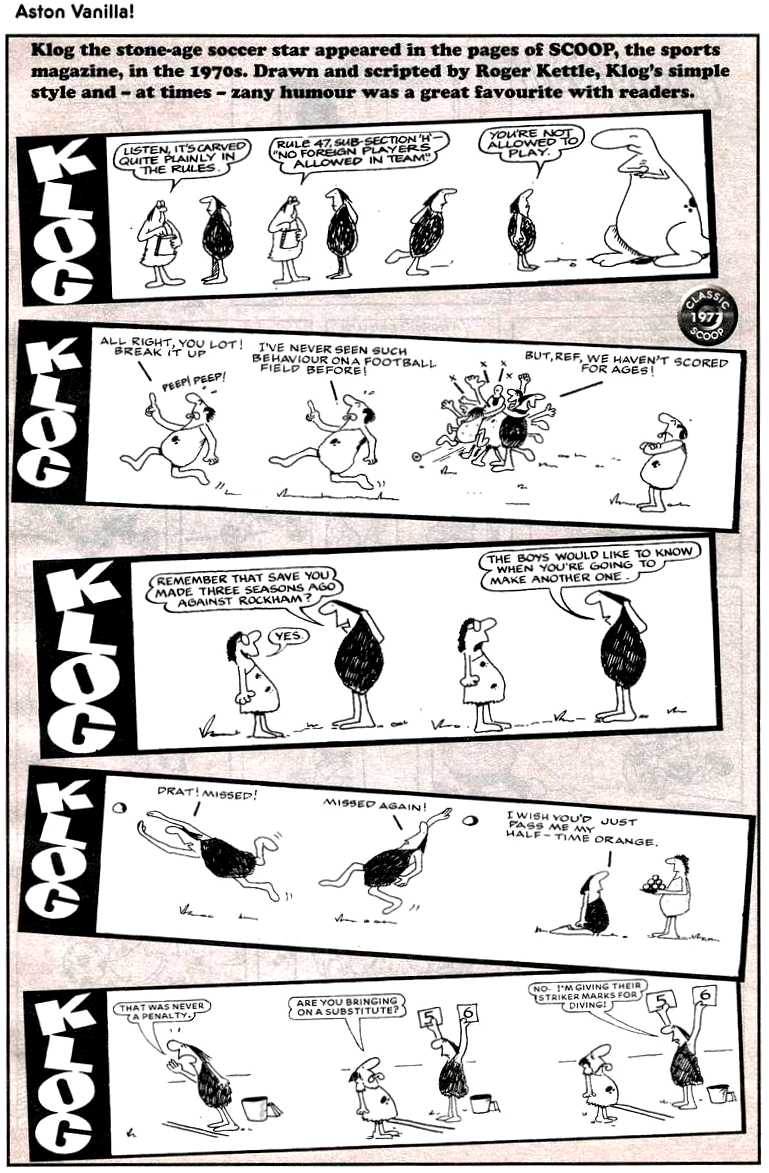 Some Klog strips from Scoop magazine from 1977.

"In the early '80s, I had created, scripted and drawn the stone-age football character, Klog. I was being paid £7.50 per strip and had asked for a raise to £10. The request was put to the DCT management who, after some discussion, came up with the opinion that it wasn't even worth the original £7.50. Two months later, they syndicated it to several European magazines. Needless to say, none of this cash made its way to me!" 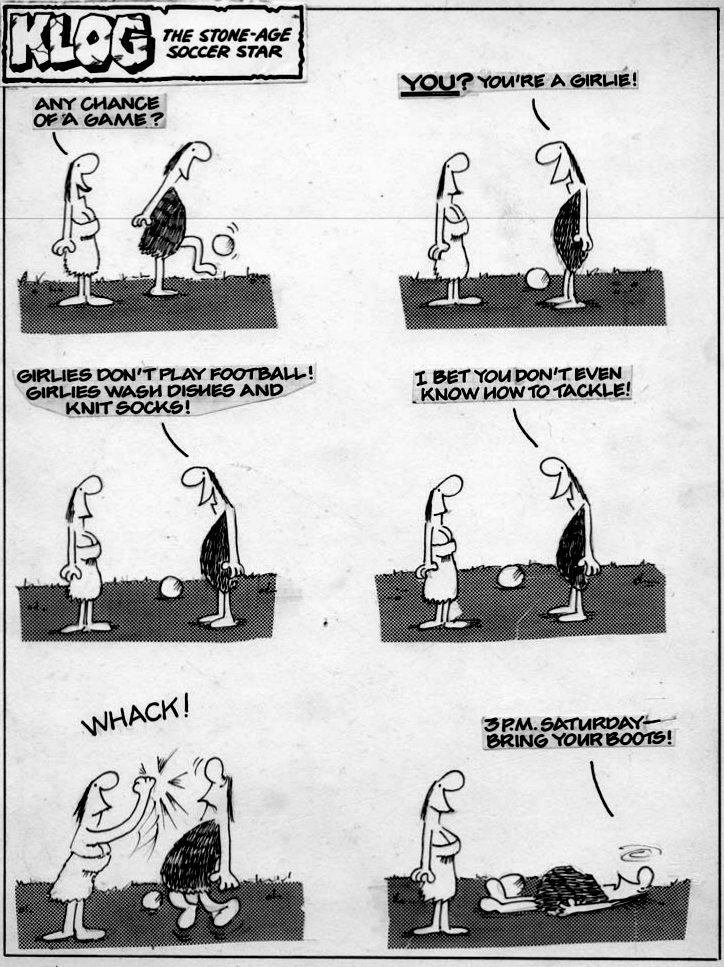 This is a page of Roger's original artwork, pre-publication -- you can see the stuck-on lettering but this would not show as such after it had gone through the printing process. It was drawn on high-quality 'Daler Watercolour board'.

"I stole the board from Andrew Christine. Note how I brilliantly sometimes draw only two fingers per hand.
The briefness of my artistic career still baffles me."

"For a spell I ghosted Klog (I think Roger was involved in too many other things) -- they wanted his drawing style and not mine.
Even though the scripts weren't Roger's it was a heck of a lot of fun to do, and I enjoy my status as the only artist (I believe) to have ghosted both Roger's and Andrew Christine's artwork." 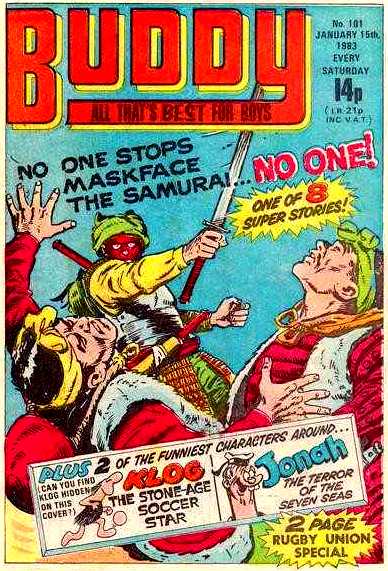 Buddy was a weekly comic published by DC Thomson from 1980 to 1983. It billed itself as being targeted at "boys who like action, adventure and sport!". In 1983 the comic merged into Victor.