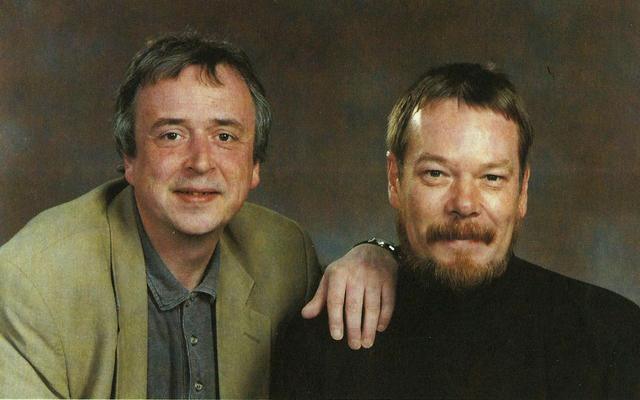 The DC Thomson comics empire was founded in 1905 and has published The Beano, The Dandy, The Topper, The Beezer, the Hotspur, and many others. 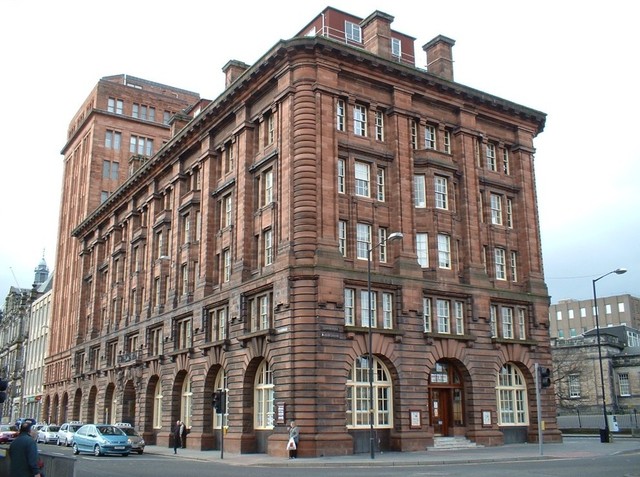 Roger joined DC straight from school at the age of 18, with ambitions to be a journalist. He applied for a job after seeing an advert saying “Journalist Wanted”. Halfway through the interview, he was offered a job working on children’s comics.

“At first I thought he was joking,” said Roger. “I never actually thought that anybody ever worked on them - they just appeared on the bookstalls at the weekend, didn’t they? But I realised he was being serious and the more I thought about it, the more it appealed to me”.

He was given the job of a sub-editor, and Roger’s job was to write scripts for several pages. then send them to the artist to illustrate it. He would then get type set up for word balloons and see it through the whole printing process.

The first comic Roger worked on was The Topper where he was writing stuff like Beryl The Peril, super-hero Thor Thumb, and a horror pastiche called Ghastly Manor.

“Looking back, I realised that it was exactly what I wanted to do, because I was certainly never going to be a serious reporter. It was like a shaft of light -- I could get paid for making up jokes. When I worked for the children's comics in the 70s, I wrote a one-off strip called Count Spatula.
The opening line was something like "In a dark Transylvanian castle, Count Spatula stirred."
I was brill in those days!"

Andrew started at DC Thomson in 1965 -- he had been turned down for art school because he didn't have a Higher English to match his Higher Art qualifications -- and was a letterer/illustrator in the art department, as well as producing cartoons and artwork for The Topper letters page: 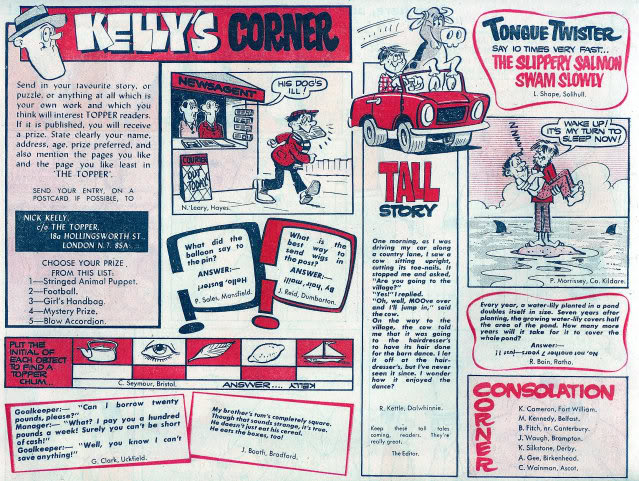 "Andrew and I first met because, as a new member of The Topper staff, I was given the readers' page to look after and Andrew did the layout and illustrated it." 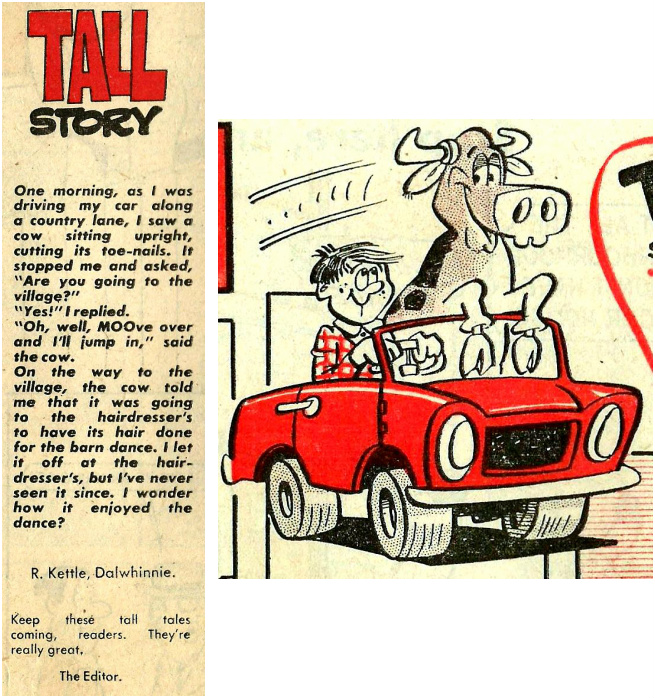 Roger and Andrew became friends and eventually hatched an escape plan in order to get into the world of strip cartoons. Roger recalls that working conditions at Thomson were very good and it was basically a non-union organisation.

”I myself have tremendous respect for Thomson and was very happy there. I left because of family reasons, and also because the style of writing I wanted to do would not have worked there”.

They eventually went freelance in 1975 and started contributing cartoons for men’s magazines under the "Randy" signature. As well as stand-alone cartoons, they produced 'The Voyages of Olaf the Gang Bangor', 'The Legend of Louis Baloni' and 'Slug'.

Also, for about 20 weeks after leaving DC Thomson, Roger wrote and Andrew drew 'Blubba and the Bear', for the ‘Nutty' comic. Andrew also drew 'The Benny Hill Page' in 'Look-In' magazine.

The pair concluded that the best way to generate some regular income was to get into the comic strip market. Their real ambition was to get a daily cartoon strip into a national newspaper. This ambition was fulfilled in 1978 with Beau Peep, and the rest, as they say, is history.